What Responsibilities do Employers Have to Provide a Living Wage? 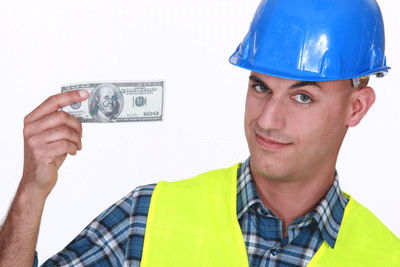 There’s a stark difference between the Federal minimum wage and the widely accepted Living Wage in America. The last time the minimum wage went up was in 2009, when it increased from $6.55/hr. to $7.25/hr. Before that, the minimum wage was $5.15 as late as 2007, and hadn’t seen an increase in the past 10 years. Historically it’s clear that Federal regulation isn’t the driving force behind providing living wages to hourly employees.

The first Living Wage initiatives came through community organizing in the 1990s, when many families with full time employment were still suffering from poverty. The initial argument for employer’s responsibility was that a Living Wage benefits not only the employee, but also the employers and community, as workers would have greater purchasing power.

Does an Employer Have a Legal Obligation to Provide a Living Wage?

Living Wage policies can be set by a number of agencies with a variety of oversight areas. Cities, municipalities and counties might set a Living Wage policy for a specific industry, job or contracted employees. Corporations may also establish a Living Wage for their own employees, or a group of employees within the company. While both Federal and State regulations dictate a minimum wage, cities, and states must take it upon themselves to establish separate Living Wage laws, which take into consideration a number of factors.

In determining your legal obligation regarding Living Wages, it’s a matter of checking with established laws in your region as well as your industry.

What is Considered a Livable Wage?

The Living Wage really depends on where in the country an individual is living. It takes into consideration the expenditures for housing, food, child care costs, transportation and health care. For example, in New York, a living wage for a single adult with no children is $15.09/hr. However, if that adult married with two kids and the only one working to support the family, their Living Wage is $28.90/hr. However in New York, the minimum wage is $10.40/hr., which is almost enough if two adults are working in a household, without any children. In fact, their Living Wage would be $11.11/hr.

The Federal minimum wage of $7.25/hr. doesn’t nearly come close to a Living Wage anywhere in the country, requiring families of four with two kids to work a nearly 80 hour week in order to cover basic necessities. While the minimum wage is set to increase soon, the growth won’t be enough to catch up to the increase cost of living.

How Does a Living Wage Affect Employers?

On the down side…

Naturally, allocating more resources for paying employees impacts profit margins and cash flow. For smaller businesses which may already be at the tipping point, a Living Wage policy may push them out of business, or push greater costs to clients and customers.

A higher wage may also affect the structure of employee benefits and cause stricter workforce management. Where previously a company could afford paid lunches and breaks, now a vigilant eye is cast on the time clock. Some employers have even cut employee hours to accommodate the greater hourly cost.

But, on the upside…

There are a number of benefits that come to employers by providing a living wage as well. Productivity improves as there’s decreased turnover and employees gain longer and longer tenure. Employees earning a higher wage will also be more dedicated and put forth a larger effort while on the clock. In my experience, the more I provide my people while demanding greater performance, the better the outcome has been. Especially when they have a hand in building the performance plans, so that fairness and understanding are built into the process.

Business is mostly about people. If you expect great work from them while they are financially in distress, you’ll be running in circles. It must be a win – win – win. The customer must win. The business must win. The employees must love what they do and how they’re compensated to do it. Then the shareholders can perpetuate their wins and their profitability and equity growth.

So, is an employer responsible for providing a Living Wage? Not as such. An employer is responsible to his/her stakeholders, which include the customers, the employees, and the shareholders. Everybody must win, or perpetuation of long-term success will be difficult to uphold.


No Responses to “What Responsibilities do Employers Have to Provide a Living Wage?”