More than 40 Percent of Companies Offer a ‘Summer Fridays’ perk – Should You? 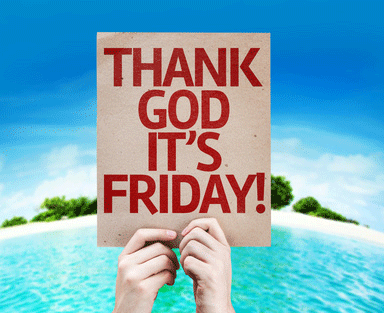 Benefits don’t need to be expensive to be appreciated. Low-cost perks can leave a high impact. One such perk is ‘Summer Fridays’ in which employers allow employees to leave a few hours earlier on some, most or all Fridays of summer.

The great thing about this perk is that it makes for a significant addition to employees’ total compensation reports, yet it doesn’t cost much to implement. If anything, you save more on electricity, water, and other office expenses when people aren’t at the office. In terms of productivity, you’re not sacrificing a lot, either. According to a survey conducted by Accountemps – an accounting staffing firm – Thursday and Friday are the least productive days of the week. Your employees may be physically present to complete their full hours on Fridays, but they’ve already mentally checked out of work and checked in to the weekend. Given this, perhaps you might as well make them happy by allowing them to leave early, especially on long weekend holidays. Of course, it may be challenging to implement Summer Fridays for hourly-based jobs (like contact center representatives), but for output-based jobs, it shouldn’t be a problem. As long as your employees meet their expected deadlines, they should be good to go at the end of the work week.

A flexible work schedule – which is what Summer Fridays is essentially part of – increases morale and satisfaction, which in turn increases productivity. Employees who enjoy work-life balance feel that they’re in control of their schedules, and not the other way around.

In addition to that, Summer Fridays in particular prevents burnout by giving employees something to look forward to every week. It also gives them the motivation to finish their tasks well before the deadlines, so that they can enjoy this perk. It’s a win-win situation for both staff and company.

To ensure your employees fully appreciate Summer Friday, make sure to quantify it in their total compensation reports. Even if they’re not paid by the hour, you can still compute their hourly rate from their yearly rate.  This makes it possible for you determine the monetary value of the number of hours they’re allowed to take off for Summer Friday.

In the latter years of running Blattner Brunner, an advertising agency with over 100 employees, we instituted Summer Fridays off for noon on from Memorial Day to Labor Day, but with the caveat that each employee was responsible to make up the four hours anytime during each work week. We never monitored it. Didn’t feel we needed to. The benefit to making our agency a best place to work was significantly felt, especially during a time of tough recruiting for the best and the brightest … a time we’re also in today.

If you still haven’t implemented this perk yet, now is the perfect time to start!

Joe Blattner is the Founder and CEO of COMPackage.com, makers of the COMPackage Total Compensation Reports.


No Responses to “More than 40 Percent of Companies Offer a ‘Summer Fridays’ perk – Should You?”