6 Questions You CAN’T Ask When Interviewing 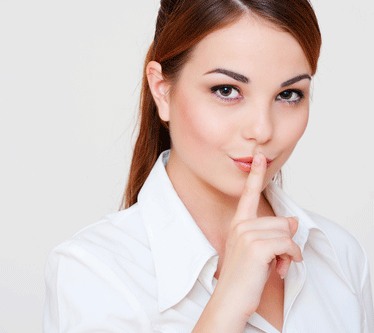 Interviews are a great way to get to know applicants on an in-depth level — much more than resumes or test scores can offer. After all, someone can be excellent on paper, but not necessarily in person. It takes a face-to face interview to perceive someone’s attitude.

But although interviews are meant to give you a closer peek at applicants, there are several questions you shouldn’t ask, either for legal or ethical purposes. Otherwise, your company may end up with a discrimination lawsuit, as well as damage control problems on social media.

To avoid such headaches, take note of the following no-go lines of inquiries:

However, the law stipulates that companies must hire only people who are eligible to work in the U.S., so you should determine an applicant’s eligibility without asking questions that invade privacy. But it’s not a matter of how, but when. You can verify an applicant after you’ve hired them by asking them to fill out an IRS Form I-9 (Employment Eligibility Verification) on their first day of work.

Here are some additional thoughts about what you should and should not ask.

It can be tricky to navigate the do’s and don’ts of HR interviews, but the key here is to stick to professional questions and stay away from personal ones. The more you focus on the job at hand, the less likely you’ll end up asking illegal/inappropriate questions.


No Responses to “6 Questions You CAN’T Ask When Interviewing”